Unknown
Fūka Sasaki (佐々木 風夏, Sasaki Fūka?) spends much of her time as an occasional but striking background classmate until revealed to be an acquaintance of Asuka Katō in Chapter 154.

Little is known about Fūka. Prior to her friends then Katō congratulating her in Chapter 154, she does not speak and her expression seems disinterested, hence her WataMote Wiki nickname. With her friends she is cheerful, and when she joins Katō and Tomoko's study group, she politely introduces herself to Tomoko. She is shocked by Katō's offer to Tomoko, and while she does not express it out loud at the time, in subsequent chapters she tries to ask Tomoko and then Katō whether or not Tomoko actually touched Katō's breasts.

Fūka has very long black hair which she puts into a long pony tail. She stands as tall as Katō

Fūka first introduces herself to Tomoko when she joins her study group with Katō and Kaho; however, she is aware of Tomoko's reputation for being "strange." For her part, Tomoko does not seem to know her. Tomoko blurting out during this study session that she "wants to touch boobs," Katō inviting her to touch hers, then taking Tomoko out of the room greatly disturbs Fūka. The next day she sees Tomoko on the train, and when she overhears Tomoko discussing a sexual matter with Rena, she confronts her with whether or not she fondled Katō. Tomoko refuses to answer since it would embarrass Katō. Though Fūka inwardly protests that Tomoko had just been publicly discussing cunnilingus, she accepts this explanation for the moment.

She congratulates Fūka on her win, and when Fūka declines the invitation to accept their class award, Miho eagerly rushes to the stage. They appear friends in that the two enter the study hall to study together, and when they cannot find an open desk, Fūka asks Katō if they may join them. When Katō invited Tomoko to touch her, she appears intrigued while Fūka looks shocked. 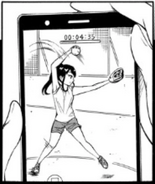 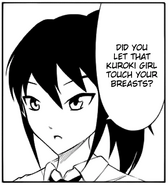 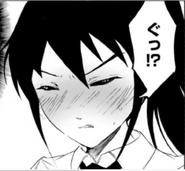 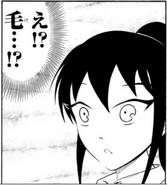 Retrieved from "https://watamote.fandom.com/wiki/F%C5%ABka_Sasaki?oldid=20163"
Community content is available under CC-BY-SA unless otherwise noted.