The next morning, Tomoko enthusiastically prepares onigiris for Tomoki who responds suspiciously to her kindness and directly asks her what she wants. Tomoko simply tells him to remember her kindness when he becomes an adult. He then heads off to school in a sour mood. Tomoko waves him farewell and triumphantly smiles at her plan to have Tomoki support her by spending part of her summer being nice to him. 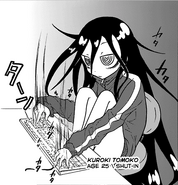 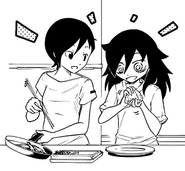 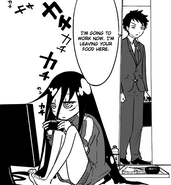 Retrieved from "https://watamote.fandom.com/wiki/WataMote_Chapter_063?oldid=18595"
Community content is available under CC-BY-SA unless otherwise noted.